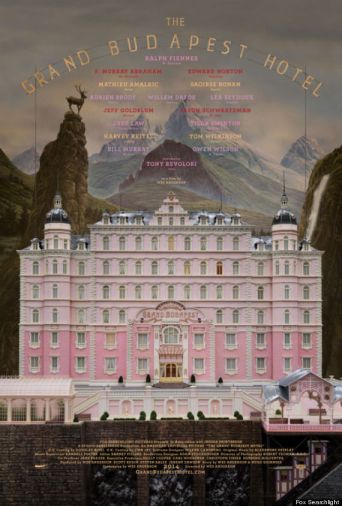 I have been a Wes Anderson fan ever since Mum told us to go to the neighbouring town to see The Royal Tenenbaums, because it seemed like a quirky little film. Quirky enough not to be shown at our local cinema, at least. I was a young teenager, and knew nothing about films except that I loved them. I think what I found in Wes Anderson’s strange family tale was a love of every aspect of movie-making. Even though I love his other films, it is only The Grand Budapest that finally replaced Tenenbaum as my favourite. Luckily, it doesn’t feel like a culmination, nor has his style gotten tired or overused. I can’t imagine a time when it will.